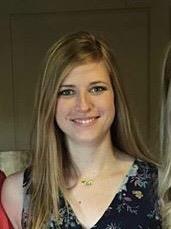 Cassidy McQuiston is a director and designer, with a background in Directing and Stage Management. Having earned her degree inTheatre from West Texas A&M University in 2011, she worked in Stage Management in Chicago.  Upon returning to Texas in 2013, Cassidy turned her pursuits to a career in theatre education.  After teaching and directing at Decatur High School for a year, Cassidy became the Technical Theatre Director at Plano Senior High School from 2014-2017 and Director 2017-2018. In 2020, she returned to the classroom as a Theatre Director here, at Plano West Senior High School, after spending time working as a private theatre contractor.  At Plano Senior High School, under her design and direction in 2018, Jekyll & Hyde: The Musical was recognized by Dallas Summer Musicals for "Best Direction", "Best Lighting Design", and "Best Musical".  Previous nominations include “Best Scenic Design” for Legally Blonde in 2016 and “Best Lighting Design” for Hello Dolly in 2015.  Under her technical direction, her crew was nominated for Best Stage Crew & Technical Execution in  2017 and 2015.  Cassidy is a proud member of the Texas Educational Theatre Association and is dedicated to promoting the arts in our schools and community.