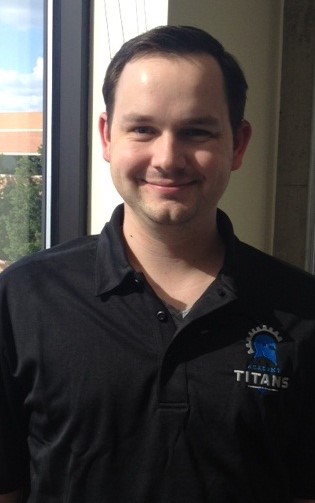 Timothy Stone was born in North Dakota, spent some time in California, but eventually ended up down the road in Carrollton. He graduated from the Academy of Media Arts and Technology at R.L. Turner High School in Carrollton where he studied Computer Programming and Filmmaking. He then attended the University of Texas at Dallas where he majored in Arts and Technology with the desire to design video games. Eventually, he got bored with lines of code and decided he wanted to write the stories for the games instead so he switched majors to Literary Studies. He graduated in 2008 along with a minor in Philosophy and after some deliberation decided to get teaching credentials. His first teaching job was at the Math, Engineering, Technology, and Science Academy (METSA) at R.L. Turner High School. He was there for five and half years as a teacher in various levels of English and also taught a course in Digital Electronics. In his last semester at METSA, he served as Director of the Academy. He joined Plano Academy High in 2014 where he loves pushing the frontier of education even further. When he is not working to save the world through the classroom, Tim enjoys numerous games. PC, Tabletop, Board, Card; you name it.