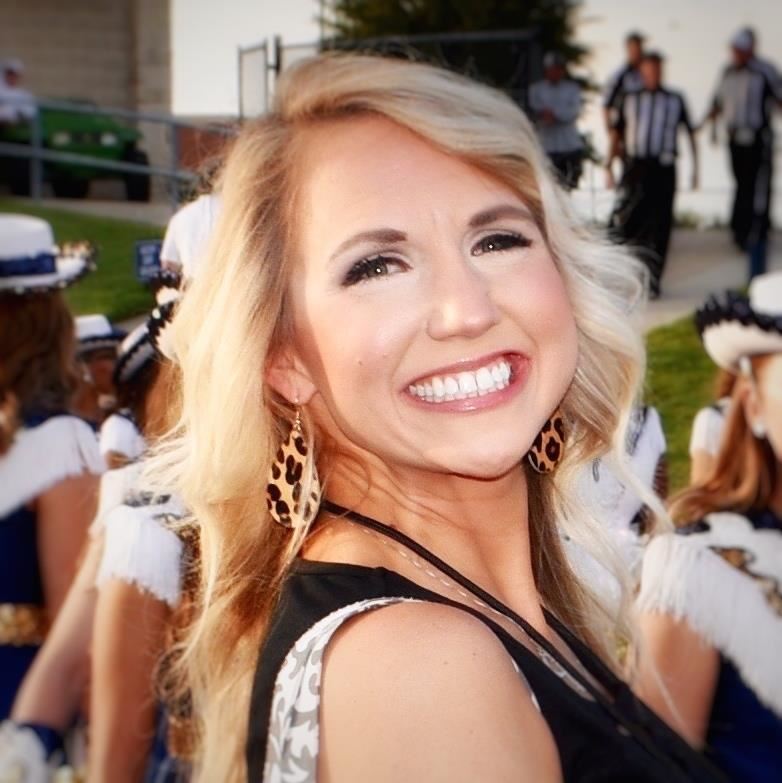 Mrs. Davis was born in Little Rock, Arkansas, and grew up in Garland, Texas. Her dance studio background includes Calico Kids, Cheer Athletics, Tuzer Dance Center, and Talent 'n More. She graduated in the top one percent of her class at Naaman Forest High School and was elected Captain of the Sterling Stars Varsity Drill Team in 2001. During high school, Mrs. Davis participated in dance, drama, two academic honor societies, the varsity elite kick and dance company, Garland All-City Drill Team, and worked as the lead instructor for the Rowlett Youth Athletic Association Drill Team.
Mrs. Davis attended Texas A&M University where she performed as a member of the pre-professional Texas A&M Dance Company (formerly the EmSu Company) and was an officer in her sorority, Pi Beta Phi. She also worked for HTE Dance as an instructor and choreographer at officer camps, contests, and parades across the state of Texas. Mrs. Davis taught dance and aerobic classes for the duration of her years as an Aggie. Upon her graduation in 2005, she pursued her dream of performing professionally as a member of the NHL Dallas Stars Ice Girls from 2005-2007. Through this opportunity, Mrs. Davis was featured in print ads, commercials, radio interviews, and publicity appearances on behalf of the team.
Mrs. Davis turned her passion for dance and performance into a love for continuing education when she began teaching high school in 2006. In her second year as a teacher, her peers awarded her Science Teacher of the Year. Over the years, Mrs. Davis has taught on-level, pre-AP, and sheltered Chemistry, Integrated Physics and Chemistry, Dance 1, Dance 2, Dance 3, Dance 4, and fifth-grade reading, science, and social studies. She has served as a varsity drill team director and assistant director in Wylie and Plano ISD.  Mrs. Davis is a district curriculum writer, has assisted in textbook selection, and attends numerous national, state, and district educational leadership conferences. She also continues to serve as a judge, choreographer, and consultant for dance and drill team programs.
Mrs. Davis is in her sixth year at McMillen High School, and her sixteenth year total as an educator. She teaches Dance 1 and Dance 2, in addition to being the Director of the McMillen Dazzlers Junior Varsity Drill Team. In her years as the Dazzlers Director, the officer line and team have both been awarded Grand Champion five times at their annual regional competition. She has an enormous amount of school pride and hopes to continue the tradition of excellence in her dance program and her drill team.
Mrs. Davis spends her free time caring for her six-year-old son and four-year-old daughter and attends several athletic events for her husband's baseball and football teams.
She believes dance is accessible for every child, and that engaging in the act of dance opens a world of creative and emotional opportunity that enhances everyday life.