The district spelling bee winners attended the February 6 meeting of the Board of Trustees as greeters and lead the Pledge of Pledge of Allegiance and received certificates of recognition from the board. 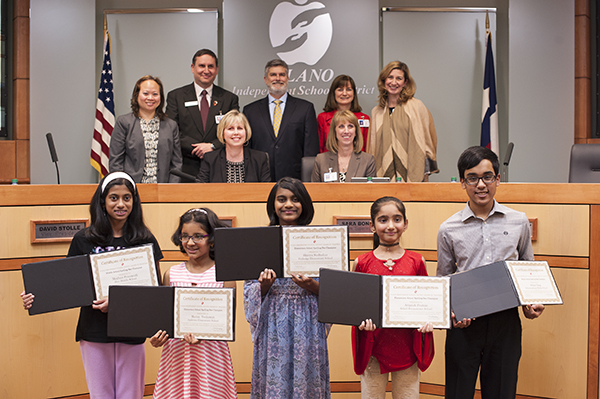 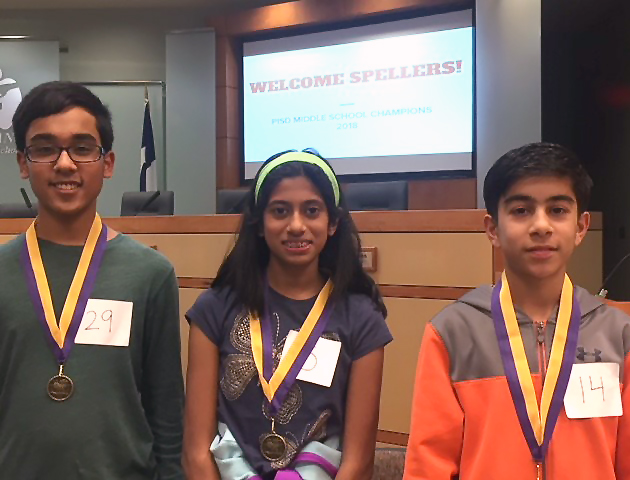 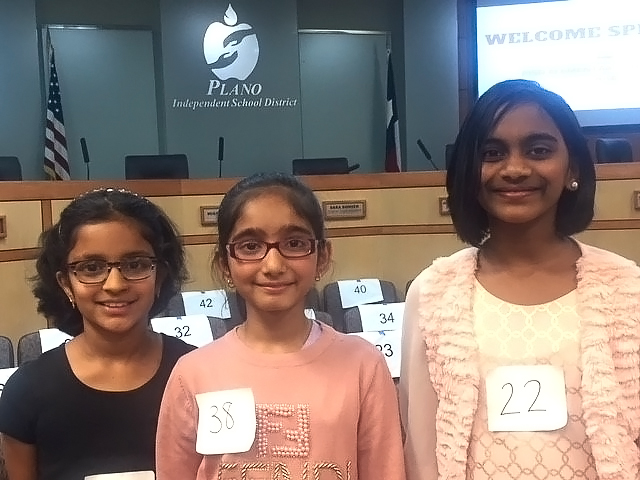 These six students will now compete in the Collin County Spelling Bee. Plano ISD is hosting the county bee for 2018 on Thursday, February 8, at Plano West Senior High School.