The Plano West team, as the Orlando Champions, were invited by the Whiz Quiz organization to compete against the Washington D.C., Chicago and New Orleans champions at this event winning the overall 2018 National Whiz Quiz championship. "The first time any team has won both the High School National Championship Tournament (HSNCT) and the National Whiz Quiz Championship back to back," said Charles Beall, founder of the Whiz Quiz competition. In 1995, the Plano East Senior High team made it to the finals, but Plano West is the first Plano school to win the national title.

Special congratulations to 2018 graduating senior Jaskaran Singh (holding trophy in the photo below) who won Most Valuable Player (MVP) for most points scored overall at the tournament. He will be entered into the Whiz Quiz Hall of Fame. According to Beall “The last time we had a deserving candidate inducted was four years ago.” 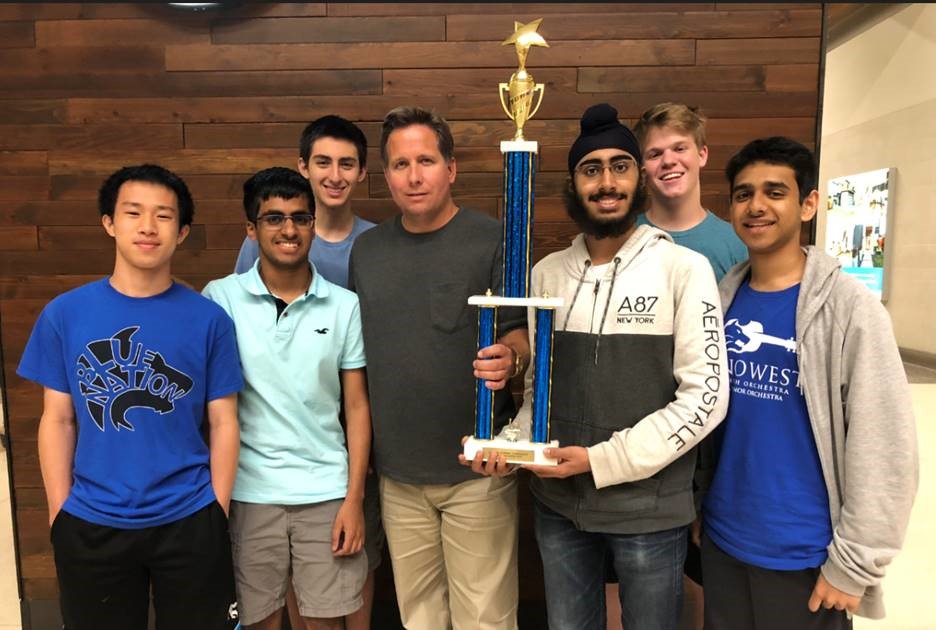