Cedric Zhou, a junior at Plano East Senior High School, earned third place in the UIL 6A state congressional debate tournament at the state capitol in Austin, January 7-9. Congress is an individual debate contest in a large group setting modeled on the legislative process of the United States Congress. On the first day of the state competition, Cedric competed against 53 other students from Conference 6A for seven hours, and was one of 18 students selected for the final round to be held in the committee chambers of the Texas State Capitol building. During finals, Cedric and the other 17 students again debated for seven hours. After this grueling competition was complete and final scores were recorded, Cedric Zhou took home the Texas State UIL 6A third place medal.

During this mock legislative assembly competition known as Congress, contestants draft legislation (proposed laws and position statements), and they research the docket of bills and resolutions dealing with real-world  social and political policies prior to the contest to prepare their speeches. At the tournament, students caucus in committees, deliver formal discourse on the merits and disadvantages of each piece of legislation, and vote to pass or defeat the measures they have examined. Parliamentary procedure forms the structure for the discourse, and students extemporaneously respond to others’ arguments over the course of a session.

"Coach Madi Gackenbach and I are extremely proud of Cedric and all of his accomplishments so far this year. We wish him luck as he continues to compete with the speech and debate team this season and next," said Eric Tuzin Plano East assistant debate coach. 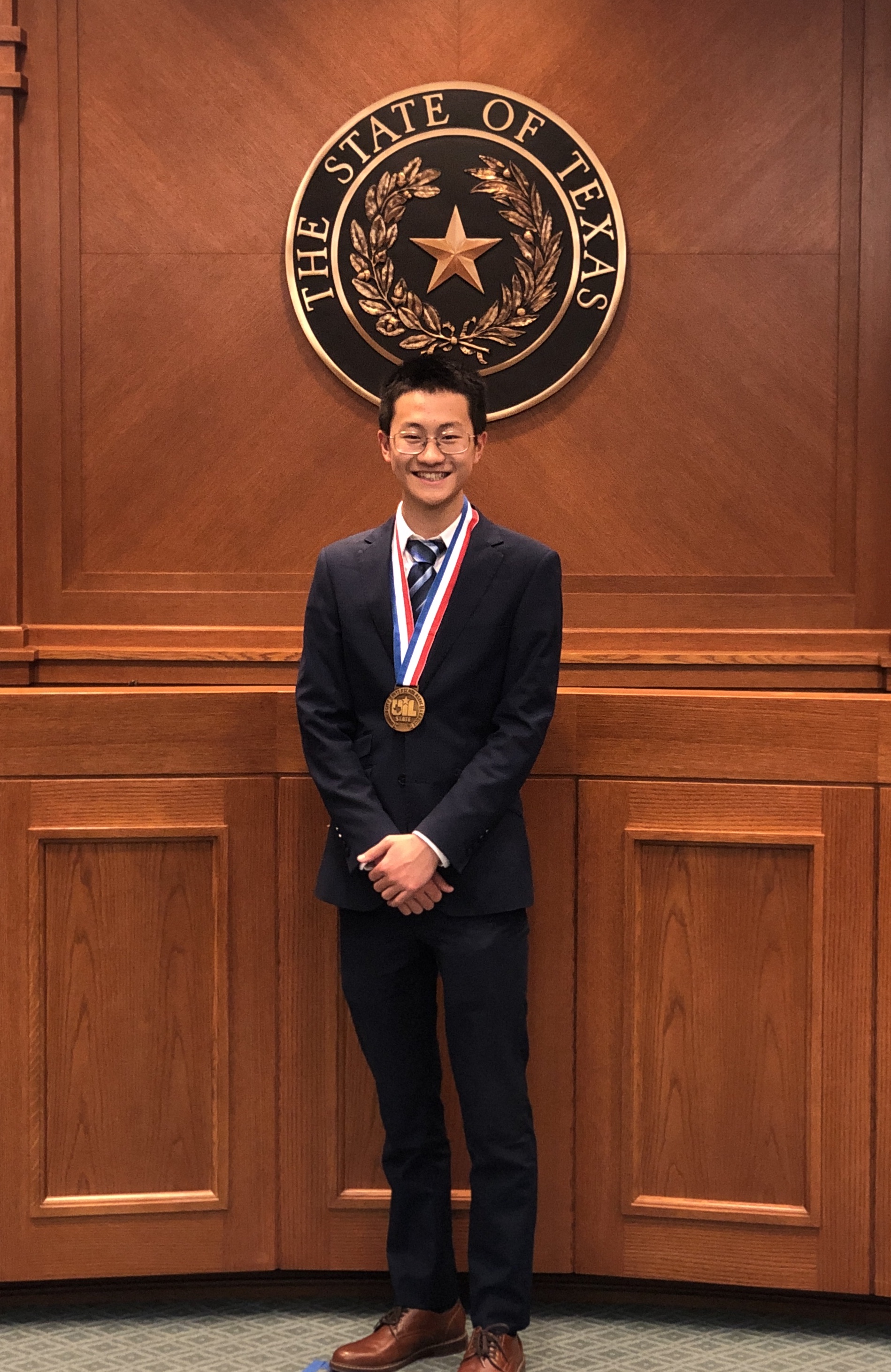