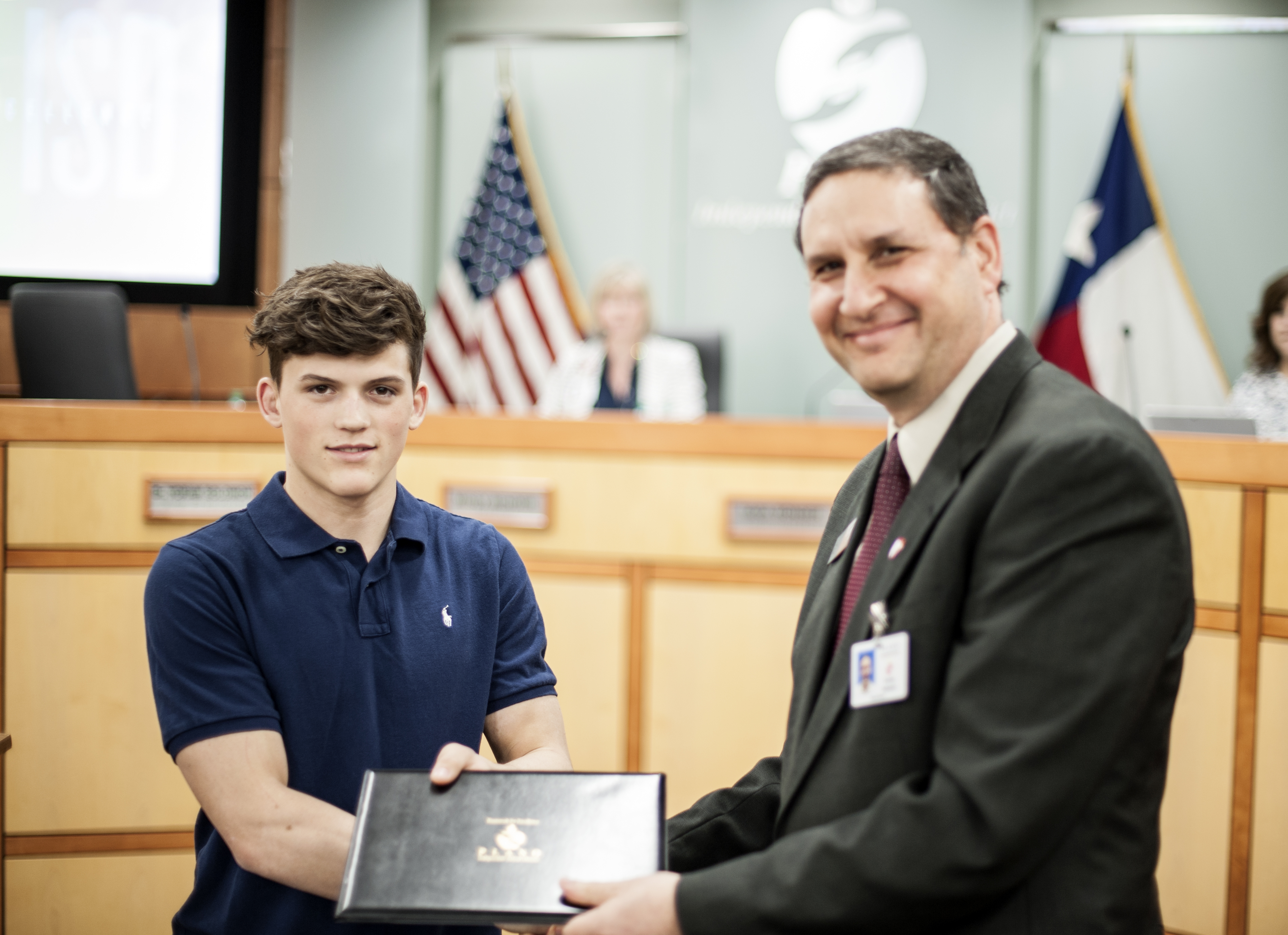 Tagen Jamison, Shepton High School, was recognized by the Board of Trustees at the April 9 Meeting. Board Vice President Dr. Yoram Solomon presented the certificate on the board's behalf.

In Girls' Wrestling, Ashley Lekas of Plano West Senior High School, took home the Girls UIL 6A State Championship in the 165 weight class winning against her only loss of the season, Kaylynn Albrecht from Northwest Nelson. 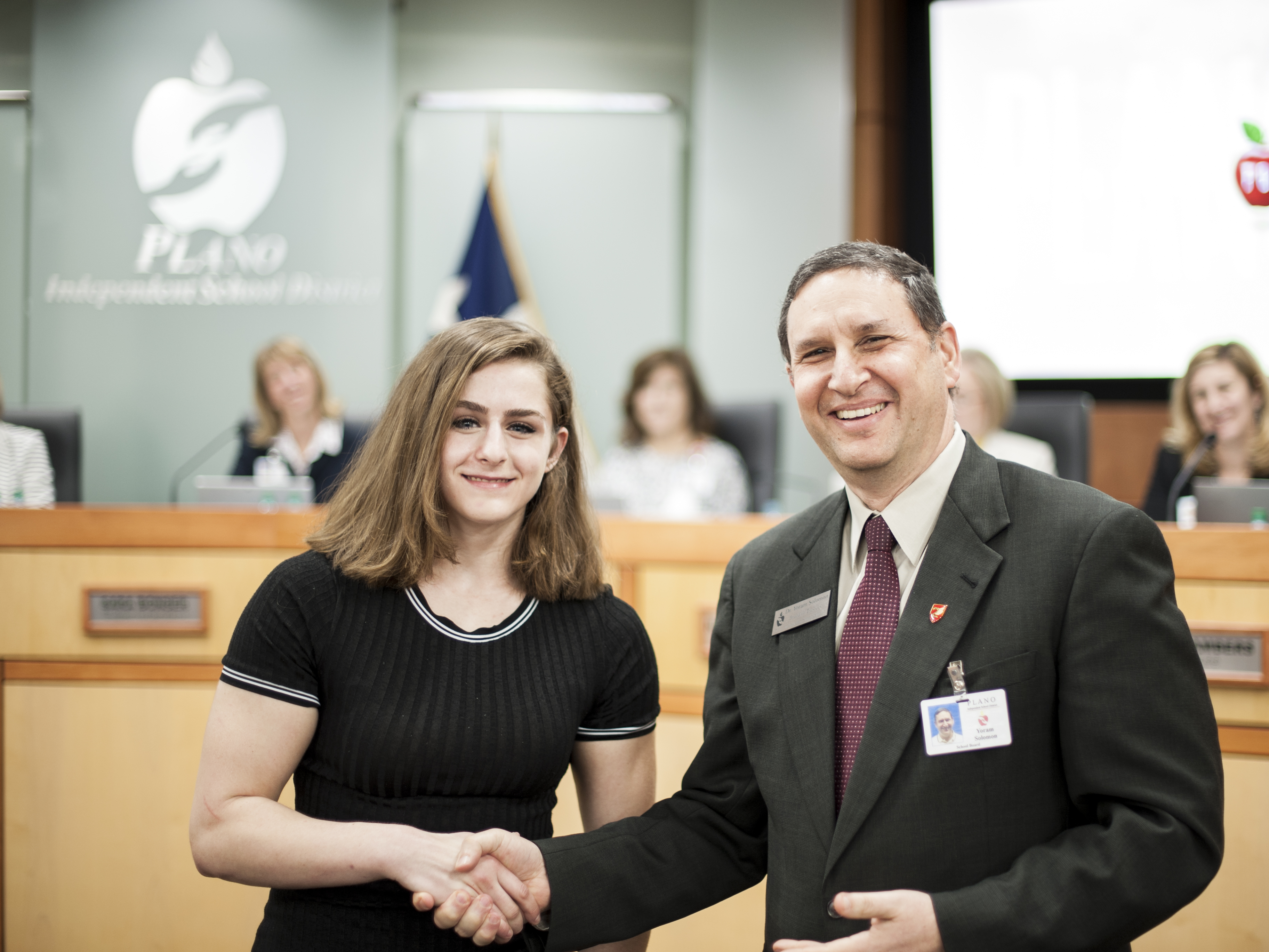