Shuchen was recognized for excellence in mathematics by the Plano ISD Board of Trustees at the May 7, 2019 meeting. 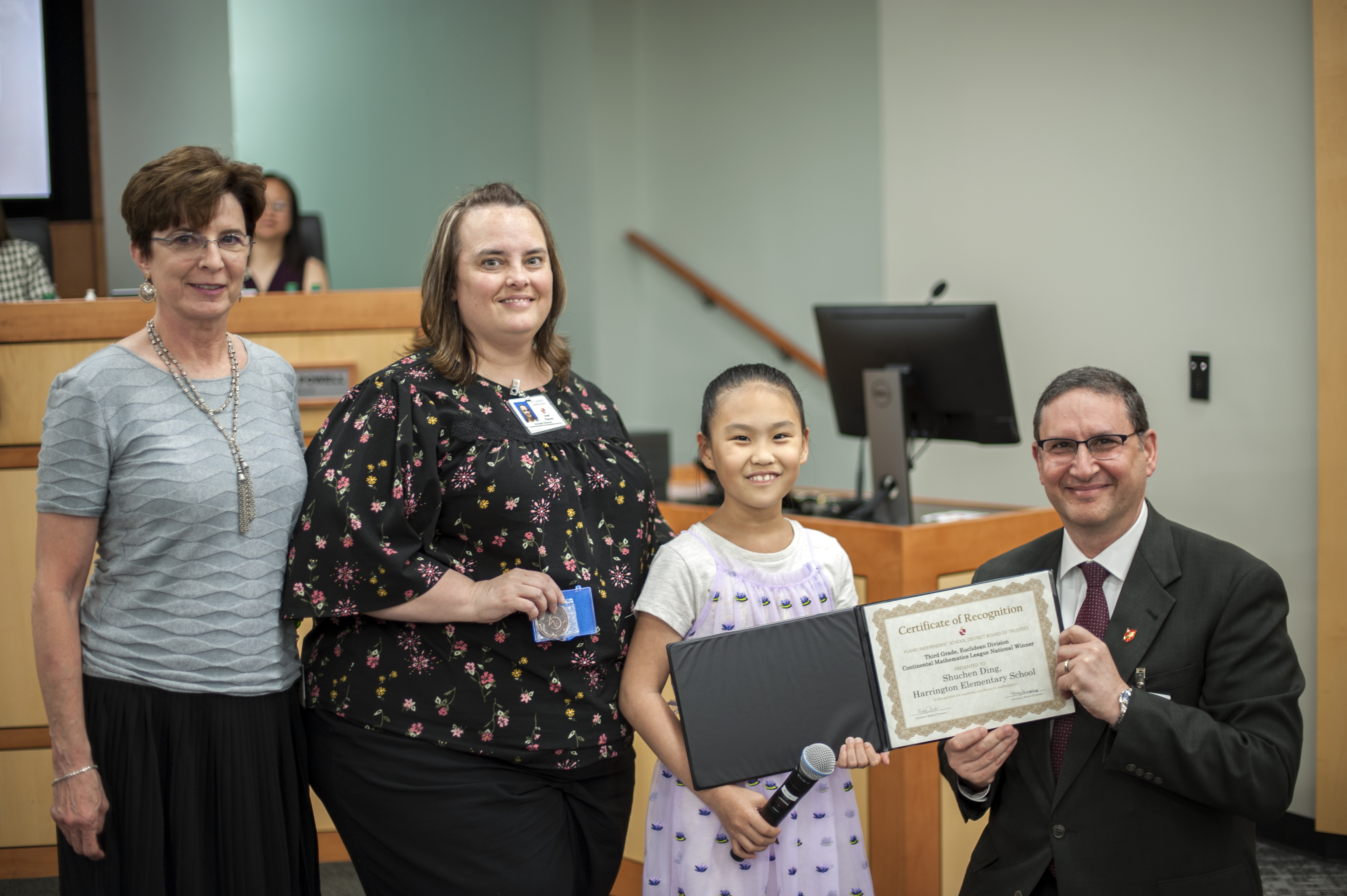 Pictured at the May 7 board meeting are Harrington Elementary Principal Ann Irvine, Harrington PACE Teacher Joan Patrick; and Shuchen Ding, Harrington third grade. Board Vice President Dr. Yoram Solomon presented the certificate of excellence on behalf of the board of trustees.