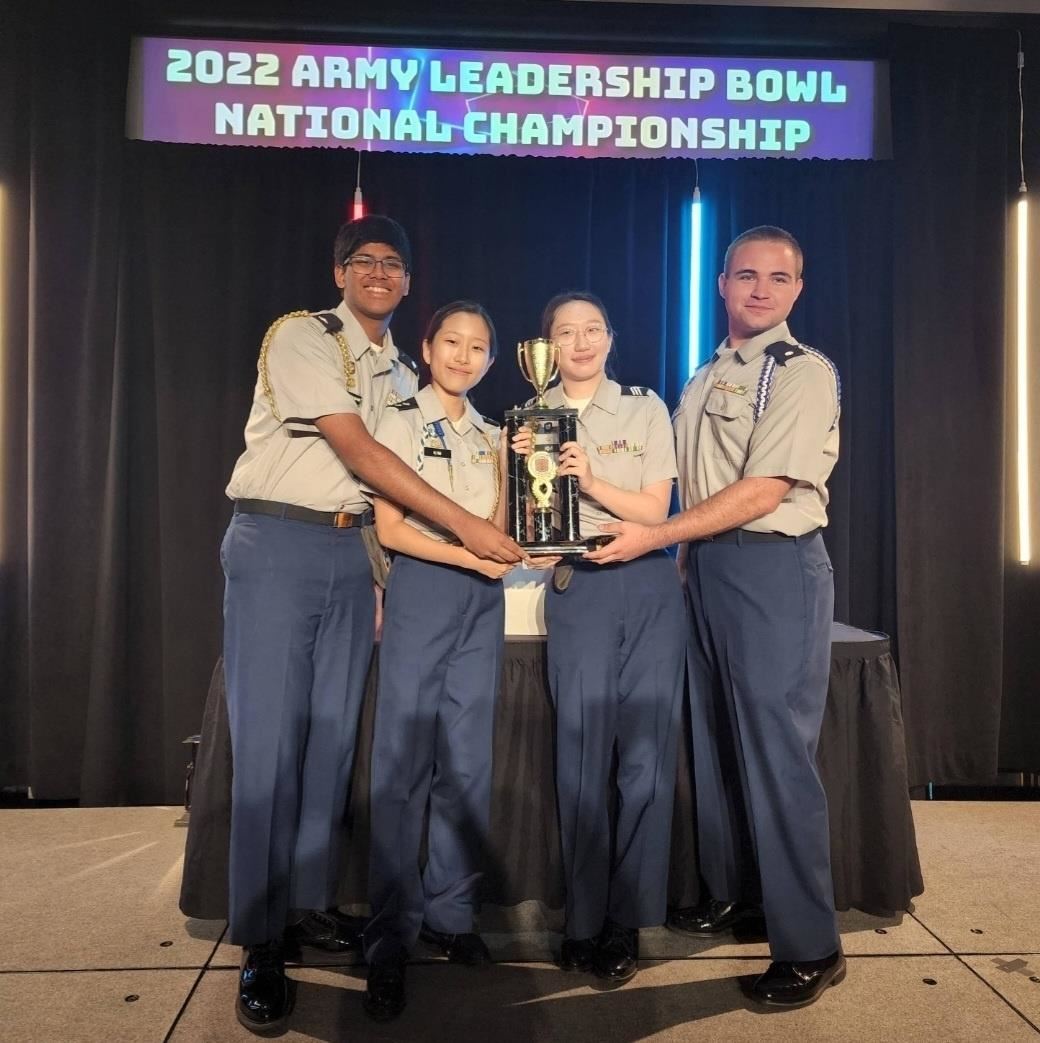 The team consists of four members:

This past year, cadets prepared for a jeopardy-style competition over the course of 6 months and qualified in the top three percent of all JROTC cadets in the nation. They then traveled on an all-expenses-paid trip to Washington D.C. to compete against schools from across the country, where they were named second place in the nation during the closing ceremony.