Selected Plano Independent School District speech and debate students from Plano West and Plano East Senior High Schools were invited as members of the top 16 extemporaneous speakers in the nation to compete at the 25th Annual Montgomery Bell Academy Extemp Round Robin in Nashville, Tennessee.

Students from these respective senior high schools finished in the top 8 and represented PISD with excellence, earning the following individual results: 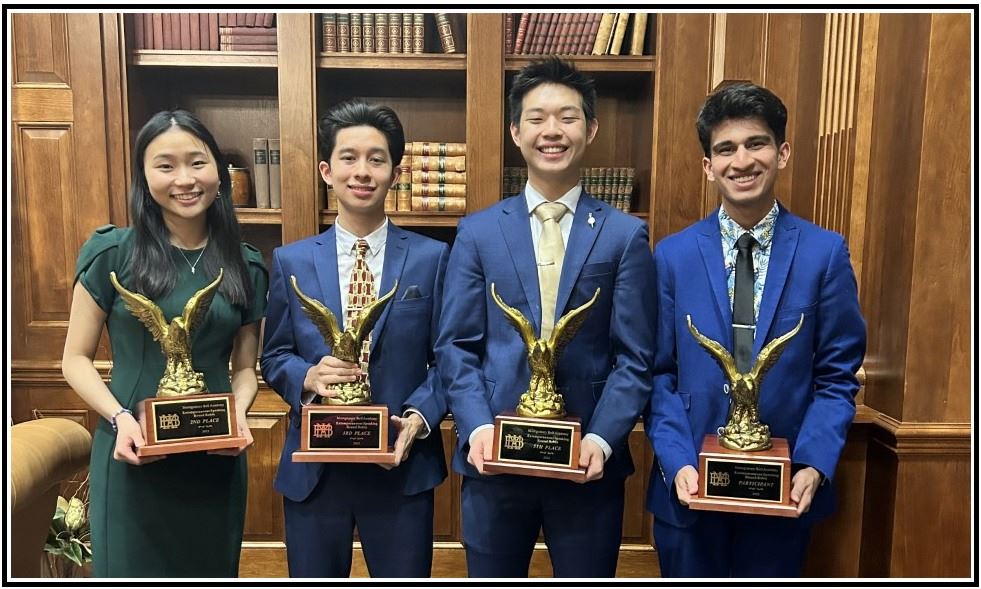 The MBA Extemp Round Robin is widely considered the most exclusive speech and debate tournament in the country. Of the more than 150,000 students that compete in Speech & Debate, the Montgomery Bell Academy tracks, compiles, and analyzes the results of all major tournaments across the country, then invites the top 16 competitors to compete in this tournament - making an invitation an amazing accomplishment in and of itself.