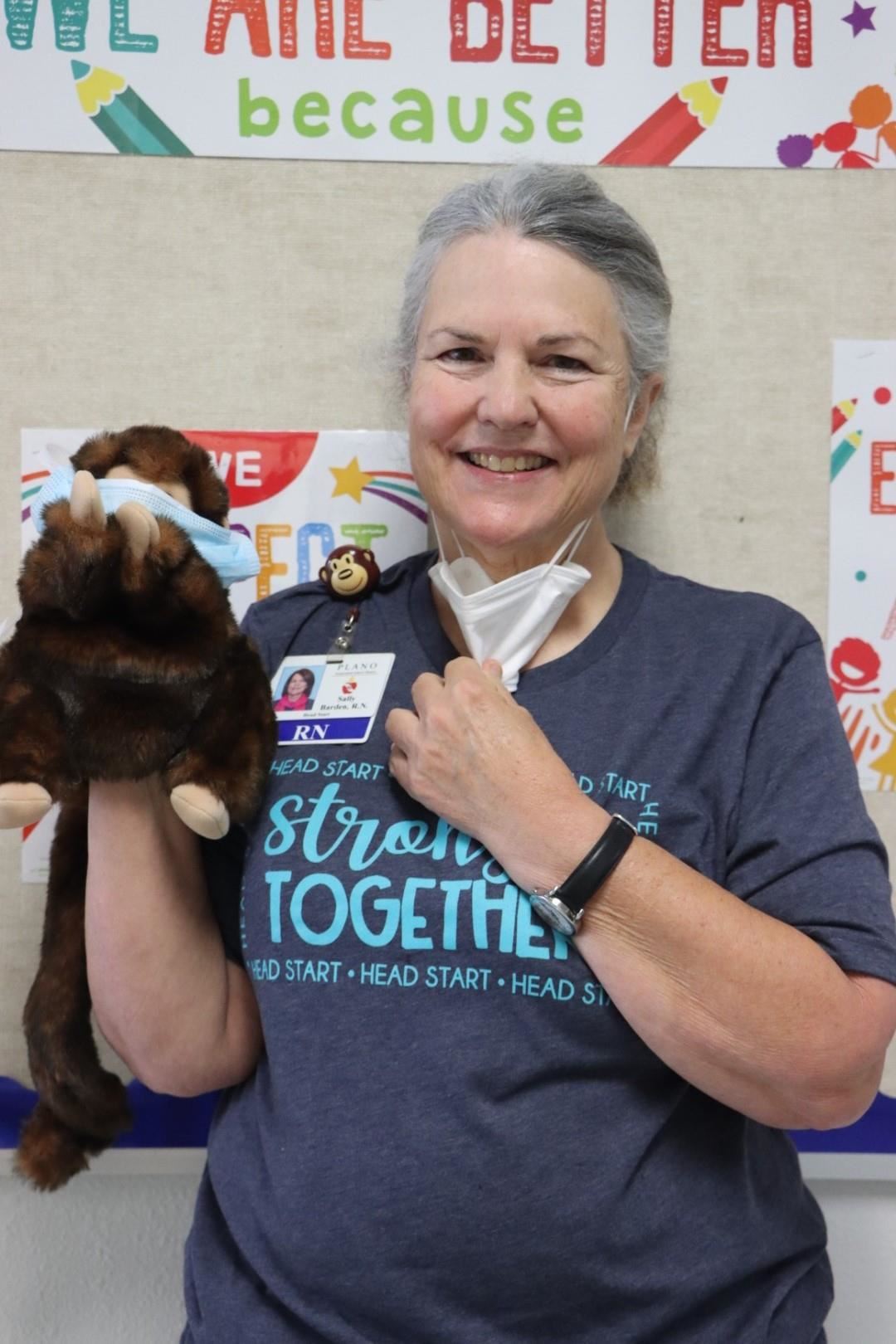 Sally Willis Barden graduated from Northwestern State University in Louisiana with a BS in Nursing.Her first job was at Parkland Hospital in Dallas, Texas. She took care of trauma victims. She worked at several hospitals, but she realized she prefered working with people who were healthier, rather than sick. She was the first public health nurse for the City of Garland. Then she took time off to raise her three girls. She began working as a substitute nurse for Plano ISD. She decided on Head Start. She loves working with young children and their parents. She said, "It's  a wonderful occupation! I kearn something new every single day!"