On January 31, spelling bee elementary and middle school campus winners competed in the district spelling bee which took place at the administration center. Students work very hard to prepare for these bees, and the atmosphere is electric as the students spell word after word.

The elementary bee went through 11 rounds. The middle school bee was very competitive. The final two spellers went back and forth over such an extended time that the decision was made to send both students to the Collin County Bee.

Congratulations to these district winners: 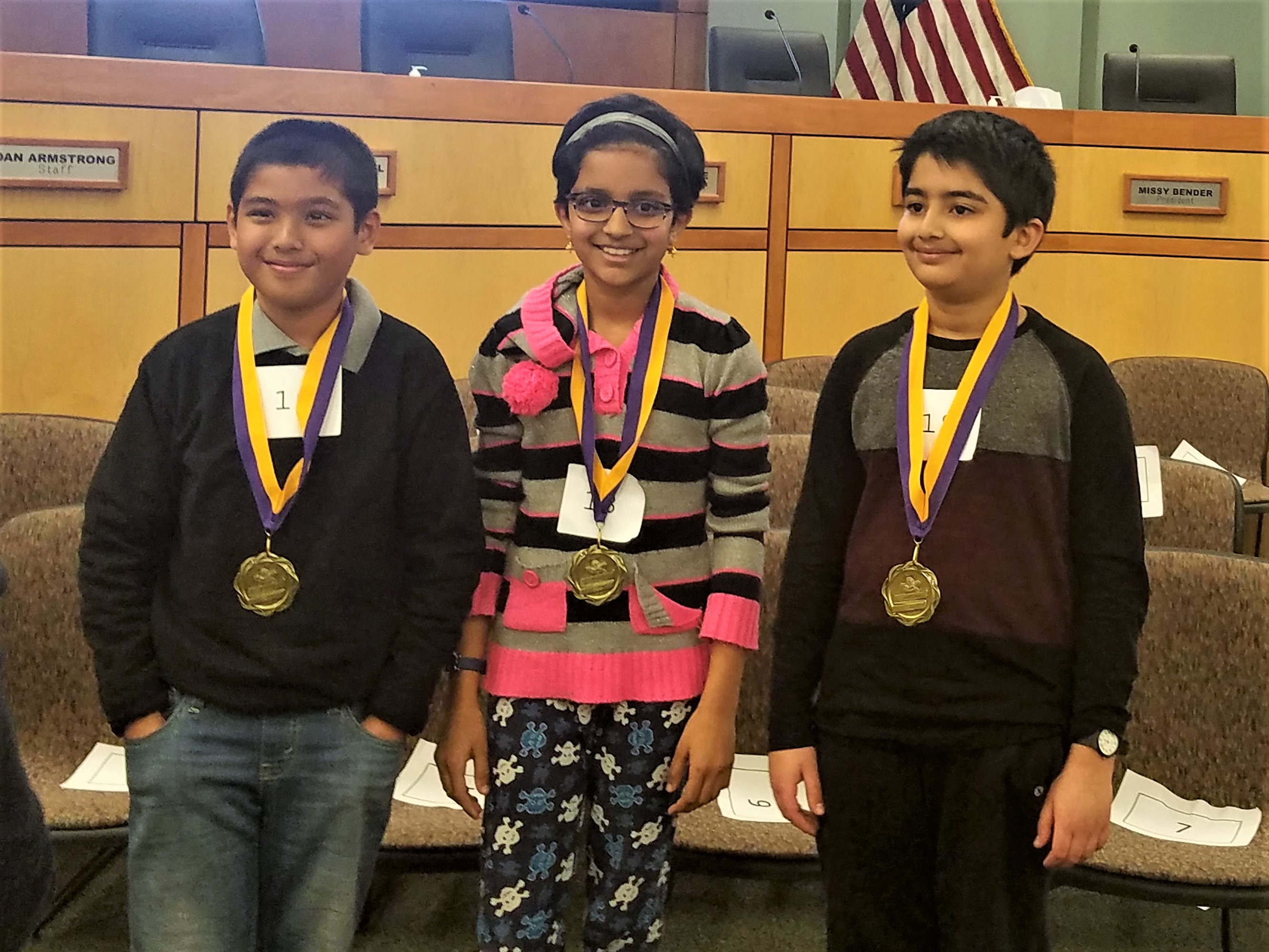 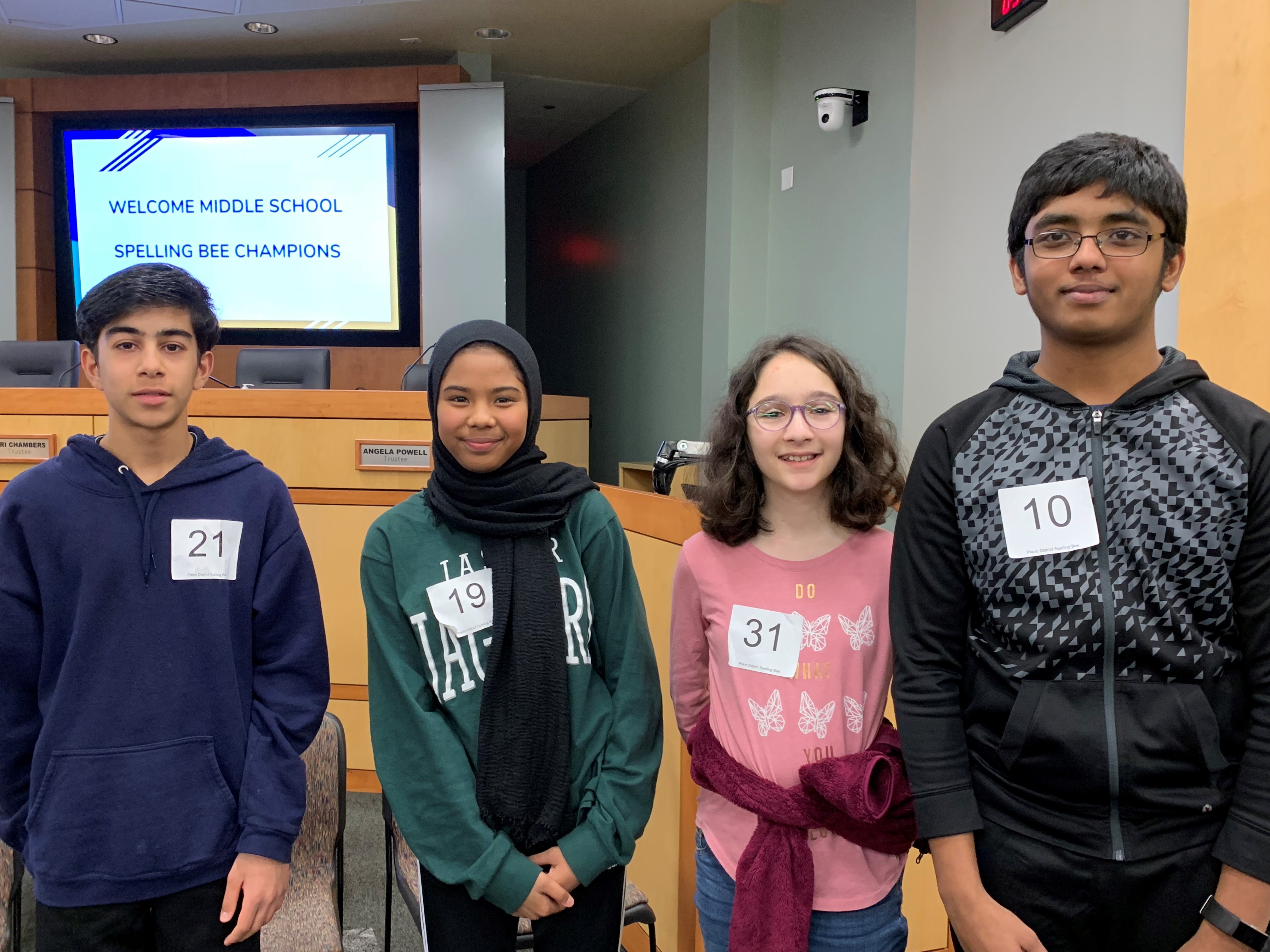