On February 7, Rice Middle School eighth grader Satvik Mahendra placed at the Collin County Spelling Bee for the second consecutive year. Satvik brought home a hard-won third place medal and will advance to the Dallas Regional Spelling Bee on Saturday, March 9 at the George W. Bush Presidential Center. Lauren Spitz, seventh grader from Frankford Middle school, finished in fifth place as the regional bee alternate. She will compete at the regional bee if any of the top four winners are unable to attend. Plano ISD students won the majority of the top eight places at the county competition. 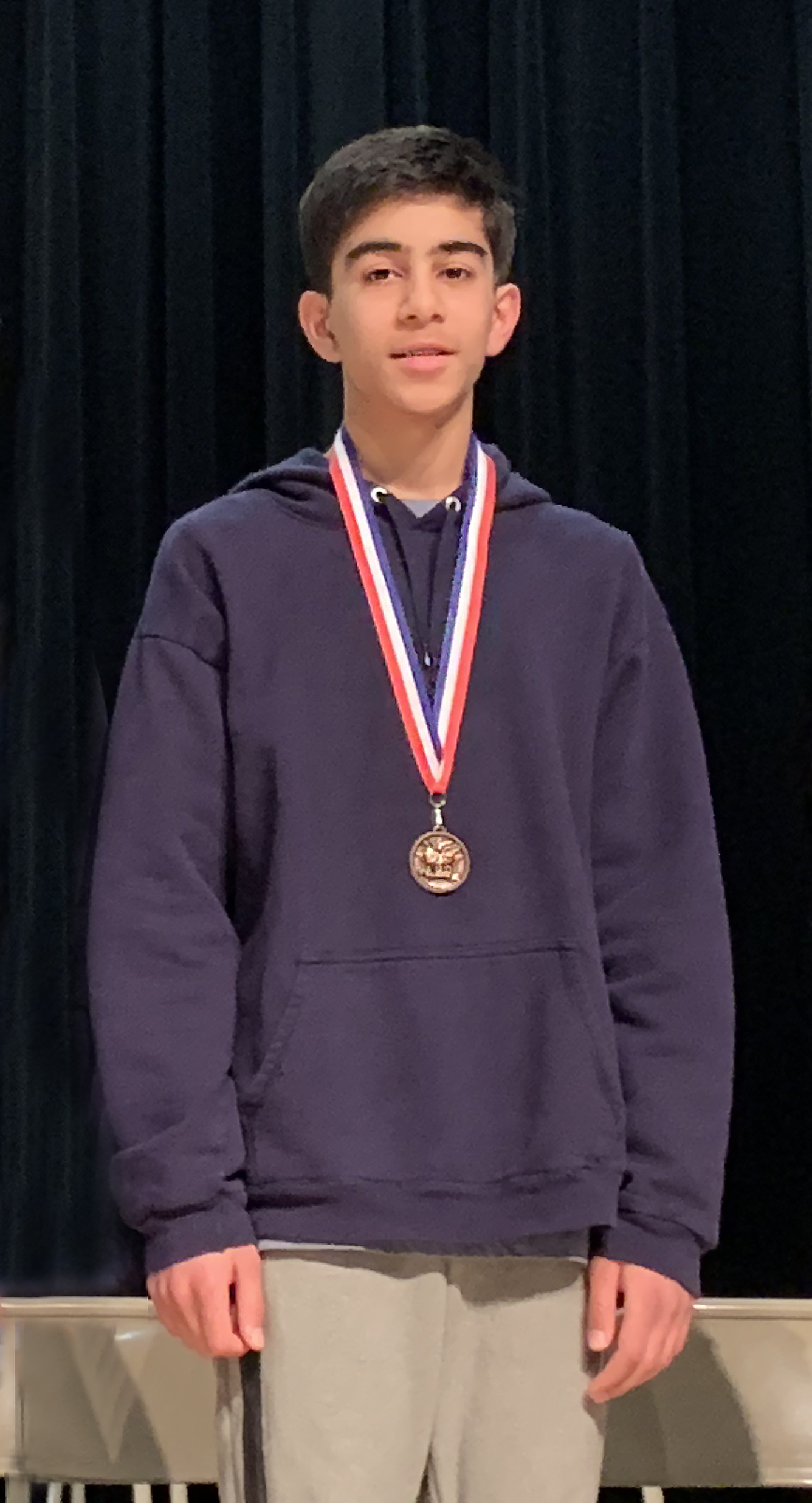 The 2019 Collin County Spelling Bee began at 6 p.m. and competition continued until 11 p.m. in an intense evening of spell-offs between some of the top spellers in the county. Collin County has a reputation for exemplary spellers. As such, the regional bee has allowed the top four places from the Collin County Bee to participate in the Dallas Regional Spelling Bee, with a fifth place alternate in case one of the four cannot participate. At the regional bee, first and second places were won by Prosper ISD students and fourth place went to a Frisco ISD student.

"We are proud of all the Plano ISD competitors who spent so much time preparing for this competition and are grateful for the support of their families and teachers," said Roxanne Burchfiel, elementary academic services coordinator.