Dr. Joe Russell American studies teacher at Plano East Senior High joins eighteen educators from across the country who have been selected to participate in Memorializing the Fallen — a teacher professional development program from National History Day®. Over 300 applications were received for this highly competitive program. As one of only eighteen selected, Dr. Russell has the privilege and the opportunity to bring this era in history to life for his students.

During the program, Dr. Russell will attend virtual lectures, participate in discussions and research a service member who never returned home. All of the activities offered during the program support the development of a lesson plan and a Silent Hero® profile that the participating teachers will develop, including in-depth lesson plans that focus on the legacy of the conflict. Both the lesson plans and the fallen hero profile will be released during the 2019-2020 academic year.

Dr. Russell has selected his fallen hero, Major Maynard Ames Well who died at 44 years of age on July 27, 1918 at the second Battle of the Marne. The major's unit took heavy casualties retaking territory that a German counter-offensive had seized, thereby threatening the French control of the area around Paris. Dr. Russell chose Major Wells because most high-ranking officers were brought home and buried here, but he was the highest-ranking Texan in the battle to be killed, and he was buried with his men. "That just really moved me on a personal level because he was about my age, and his men were boys about the age of my students. That just really got me to imagine that kind of burden," said Dr. Russell.

Read more about Dr. Russell's teaching philosophy and his interest in World War I.

Dr. Russell was honored at the February 6 meeting of the board of trustees for his selection in the elite Memorializing the Fallen Program. 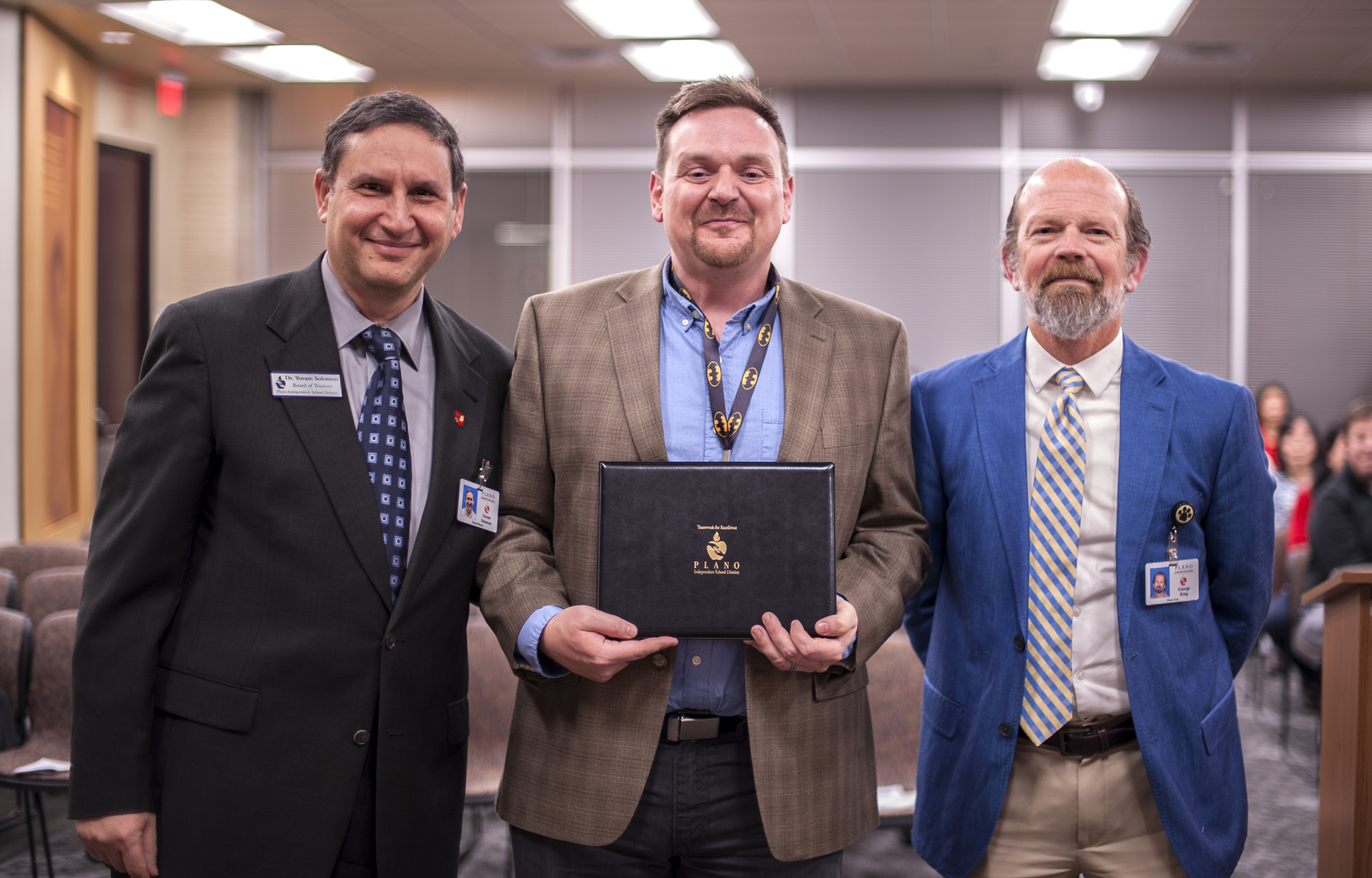 NHD is a non-profit organization that seeks to improve the teaching and learning of history. The National History Day Contest was established in 1974 and currently engages more than half a million students in conducting original research on historical topics of interest.

The World War I Centennial Commission was created by Congress in 2013 to provide educational programs, public outreach, and commemorative events, regarding America's involvement in World War I.

Founded in 2003, the Pritzker Military Museum and Library, located in Chicago, is a nonprofit center where citizens and soldiers come together to learn about military history and affairs. The Museum and Library feature an extensive collection of books, programs, artifacts and rotating exhibits covering many eras and branches of the military.