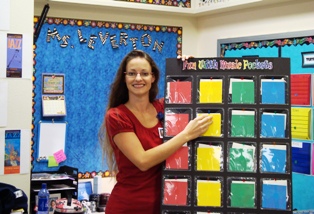 Ms. Leverton joined Stinson as a Music teacher in 2007. She moved here from Abilene, Texas with her two children who also attend Plano schools. Ms. Leverton wrote her own music curriculum and taught in various private schools in the DFW area before coming to Stinson. She also taught private voice lessons for many years. Ms. Leverton received her Bachelors of Music Education from McMurry University in Abilene. In addition to teaching, Ms. Leverton is a vocalist and performs in a variety of venues. She enjoys performing in musicals, opera's, and is the lead singer in a band. Ms. Leverton was named "Beginning Teacher of the Year" for the 2007-2008 school year.