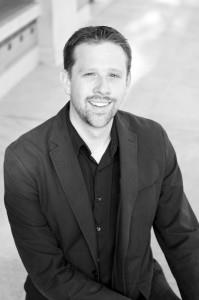 Ryan Ross is the Director of Orchestras at Plano West Senior High School in Plano, Texas and the Music Director for the Allen Philharmonic Orchestra. He has been privileged to lead five TMEA Honor Orchestras, including the 2023 full orchestra, 2019 string orchestra, 2018 full orchestra, and 2016 string orchestra at Plano West, and the 2014 full orchestra at Jasper High School (the only non-varsity orchestra to ever earn that distinction). At Plano West and Jasper, his orchestras were the recipient of several additional recognitions, including a 2018 invitational performance at The Midwest Clinic, being named National Winners of the Mark of Excellence National Orchestra Honors in 2014-2016, and winning the 2013, 2015, and 2016 American Prize for Orchestral Performance. Previously, Mr. Ross taught at Lewisville HS (Lewisville ISD) and Williams MS (Rockwall ISD). In addition, he served for five years as Music Director of the Tyler Youth Orchestra and four seasons as Artistic Director and Conductor for the Dallas Festival of Modern Music and its resident professional chamber ensemble, Ars Nova Dallas.

Originally from Saint Louis, Missouri, Mr. Ross earned his bachelor’s degree in music performance from the University of Illinois at Urbana-Champaign and a Master of Music degree in orchestral conducting from Texas Tech University. His principal conducting teachers are Gary Lewis and Donald Schleicher.

Mr. Ross has studied conducting in master classes and festivals throughout North America and Europe, including the 2011 Cabrillo Festival. Among the noted pedagogues he has worked with are Marin Alsop, Gustav Meier, Larry Rachleff, and Larry Livingston. He holds membership in ASTA, TMEA, TODA, and TMAA, and he has presented clinics on multiple occasions at the annual conventions of TODA, TMEA, and The Midwest Clinic.