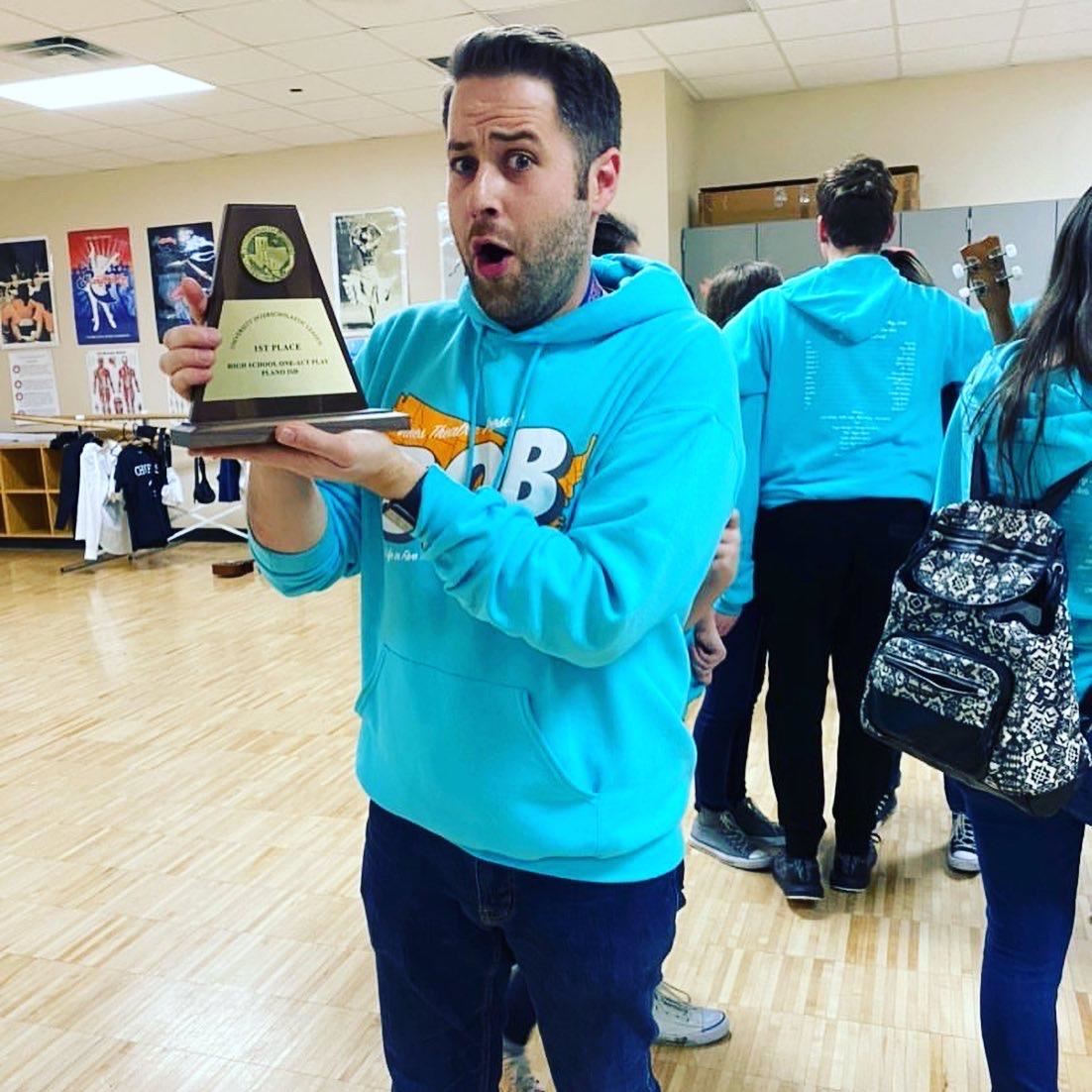 Mr. Wheeler is excited to be teaching at his Alma Mater (PSHS Class of 2004)! This is Clay's first year as Theatre Director at Plano Senior High School, but he's been a theatre director in Plano ISD since 2011. He teaches Theatre 1, 2, 3 & 4 and Theatre Productions 3 & 4. In his two years at Vines High School, the theatre department earned the top award at the PISD High School One-Act Play Competition both times!

Mr. Wheeler began his teaching career at Haggard Middle School, where he spent three years teaching theatre and speech. He then spent five years running an award-winning and nationally recognized Theatre Department & Speech Team at Schimelpfenig Middle School. Under his tenure, the SMS theatre department placed four consecutive years at UIL One-Act Play Competition, and the Speech Team won a National Award of Excellence in Speech as well as back-to-back City Championships. Most recently, he served as the Theatre and Technical Theatre Director at Vines High School.

He is a Plano native and attended Plano schools from K-12th grade. Clay lives in the DFW area and is the proud husband of Jennifer and father of Winnie & Ginny.