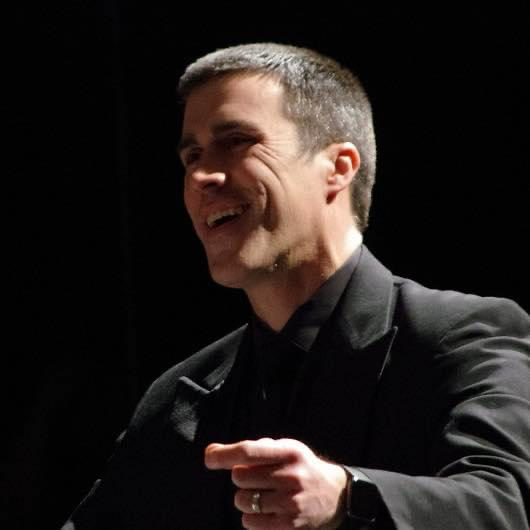 Jason Lewis is the Director of Bands at Plano Senior High School. He oversees all aspects of the band program at Plano, and is the principal conductor of the Wind Ensemble and Jazz Ensemble and serves as Co-Conductor of the Symphony Orchestra. He received his Bachelor of Music in Horn Performance from The University of Texas and his Master of Music in Horn Performance from Southern Methodist University.

Prior to coming to Plano Senior High School, Mr. Lewis was the Director of Bands at Clark High School. He has also served as Associate Director of Bands at PSHS and Vines High School. Before joining the Plano Cluster band staff, he was Assistant Band Director at Rosemont Middle School in Fort Worth. Under Mr. Lewis’s direction, his bands have received sweepstakes awards at UIL competitions and top honors at music festivals. Before becoming a band director, Mr. Lewis taught private horn for 10 years in the Richardson and Plano ISDs and also served as a member of the adjunct faculty at Midwestern State University and Texas Woman’s University.