At their meeting on Tuesday, June 23, the Plano ISD Board of Trustees unanimously voted to approve the naming of the new district fine arts center in honor of Dr. Robbie Robinson and his late wife Lynore Robinson.

“Anyone familiar with the arts community would not be surprised that the Robinson name would be associated with Plano ISD fine arts,” said one nominator. The Robinsons have been passionate in their support of art advocacy and art education in Collin County and the City of Plano. 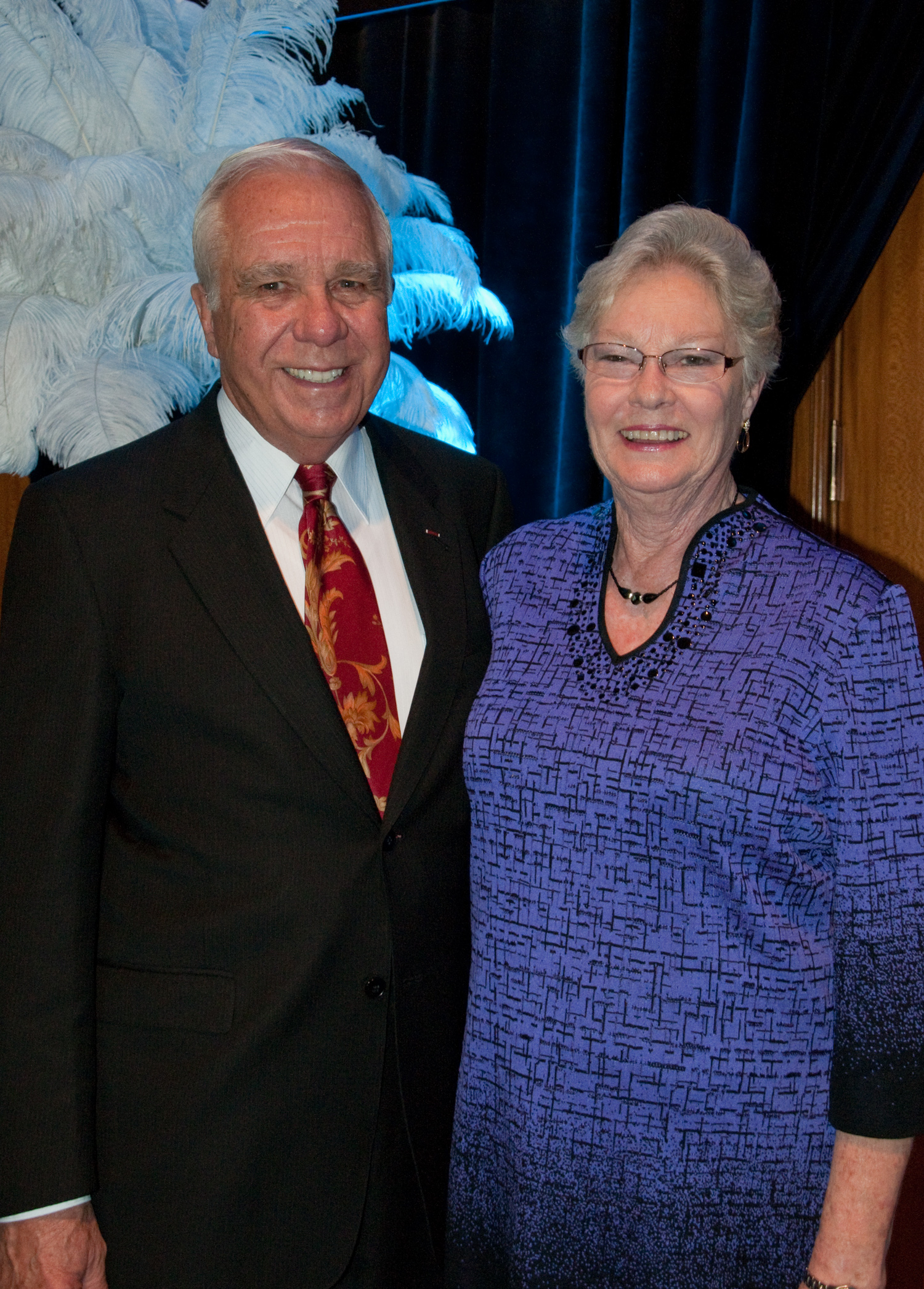 Captain George “Robbie” Robinson’s distinguished career includes serving 20 years in the U.S. Navy. After graduating from the NROTC program at Princeton University, Dr. Robinson received a four-year Marshall Scholarship from the United Kingdom where he obtained a Ph.D. in civil engineering. He put the degree to good use with the Navy Civil Engineer Corps from 1961-1981.

Dr. Robinson has enjoyed a distinguished career as a corporate executive, manager, planner and engineer. For his extraordinary leadership, he was honored in 2000 as the Plano Chamber of Commerce Citizen of the Year. In more recent years, Dr. Robinson, with his wife Lynore, focused on cultivating, growing and endowing the arts. He served as Chairman of the Collin County Cultural Arts District Committee, Board Member of Plano Arts and Cultural Endowment, Inc., and President of the Arts of Collin County Commission.

Born and raised in Johannesburg, South Africa, the late Lynore Ward Robinson was admired for her kindness and grace. She started her business life as the executive assistant to the owner of the largest department store in Johannesburg. She and Dr. Robinson met in London and were married in 1964. The couple moved to Plano in 1981 to develop Legacy Business Park.

The Robinsons were selected following the district's facilities naming policy, CW(Local). Many valued and distinguished individuals active in the arts community were nominated for this honor and after due consideration, a superintendent-appointed naming committee made their recommendation, citing substantial association and achievement of extraordinary and lasting distinction in the Plano and Collin County arts community.

This fine arts facility, a project approved by the community as part of Plano ISD’s 2016 bond election, is designed to showcase music, dance, theater and the visual arts. The building is approximately 82,200 square feet spread across two levels. The main theater has 1,500 seats and one balcony level. The building also has a flexible 200-seat studio theater, large rehearsal room and gallery component for exhibitions.

Plano ISD Fine Arts Director Kathy Kuddes said, "The Robinsons have been a major force in support of the arts in the Plano community, and a venue such as this one has been a dream they shared with the district. It is fitting that this building, dedicated to all of the arts disciplines, will carry their name."

The Robbie and Lynore Robinson Fine Arts Center in Plano ISD is expected to open its doors to students in March 2021. 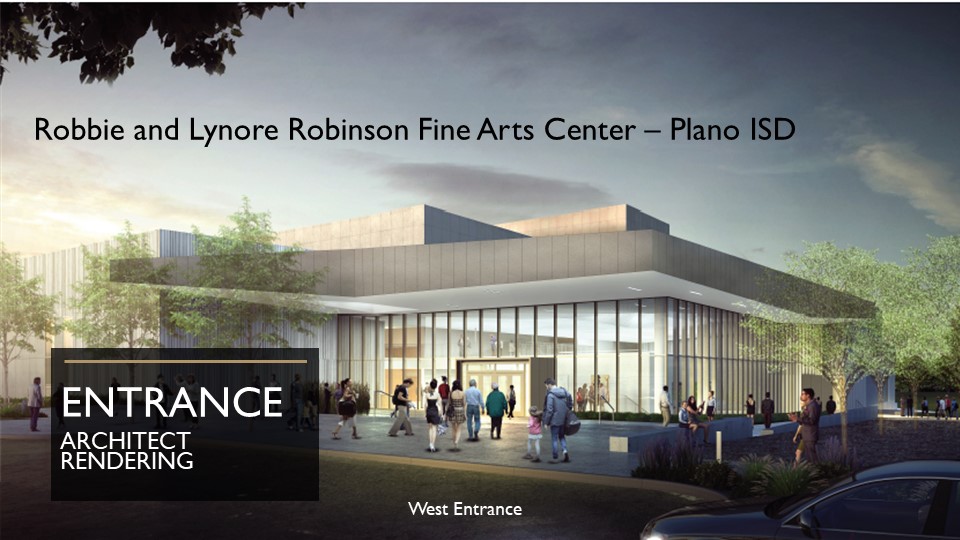