The Scripps National Spelling Bee began in virtual competition on June 12. Wilson Middle School rising eighth grader, Dhroov Bharatia, is one of eleven finalists in the Scripps National Spelling Bee. Dhroov was successful in preliminaries, quarterfinals and in nine rounds of virtual competition in the semifinals to be one of the eleven national finalists for 2021. He has advanced to the in-person finals to take place on July 8 from 8-10 p.m. ET at the ESPN Wide World of Sports Complex at Walt Disney World Resort in Orlando, Florida.  The event will be streamed by ESPN.

In addition to the glory of being national winners, the spellers are awarded prizes from the Scripps National Bee, Merriam-Webster, Encyclopedia Britannica and Mr. Jay Sugarman. Finalists finishing in seventh through second place are eligible to receive $2,000 to $25,000. The national champion will win a $50,000 cash prize, a commemorative medal, the Scripps Cup, the official championship trophy of the Scripps National Spelling Bee, as well as an engraved plaque for the school. Congratulations to Dhroov Bharatia and best of luck in the final competition. 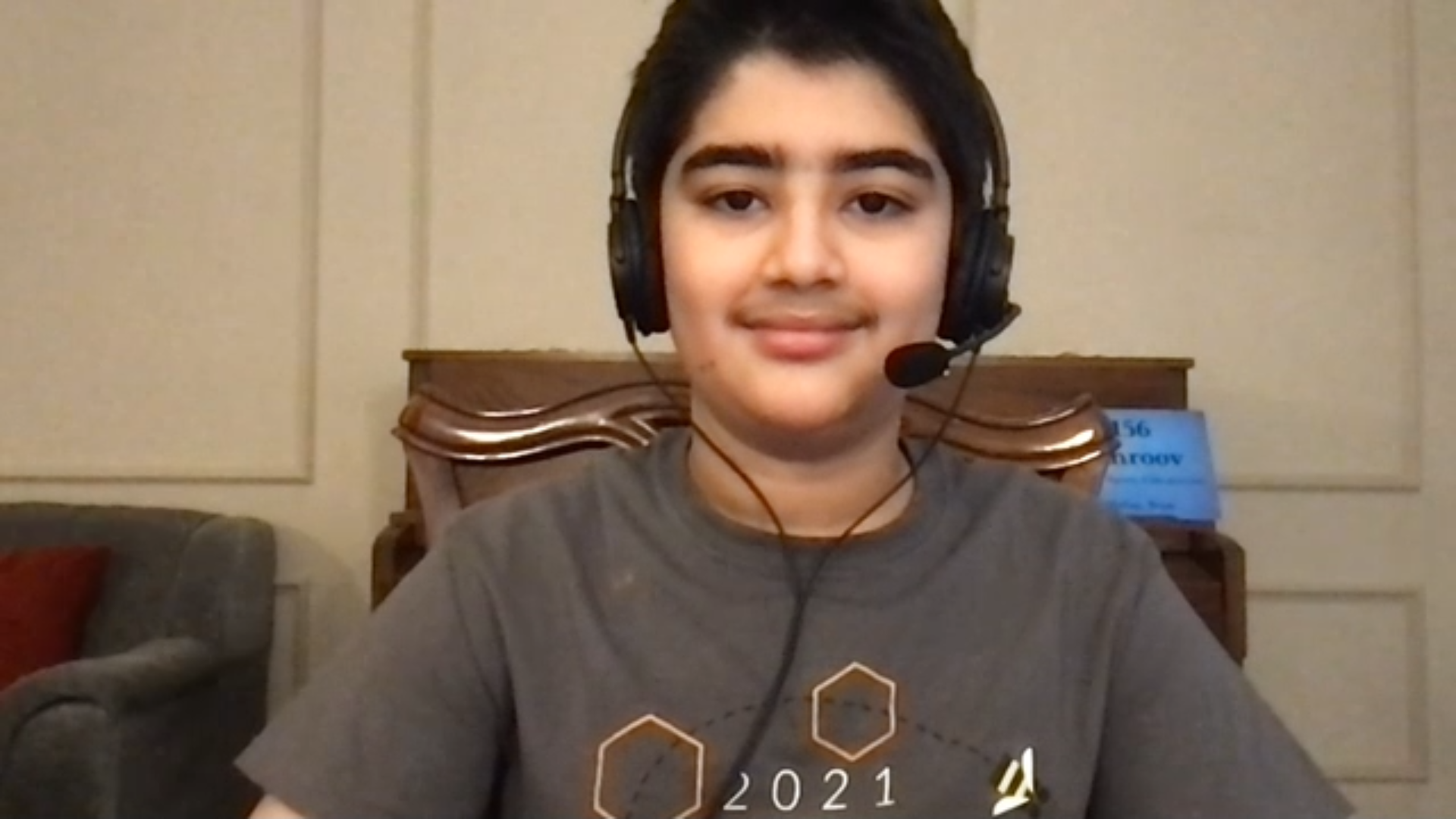